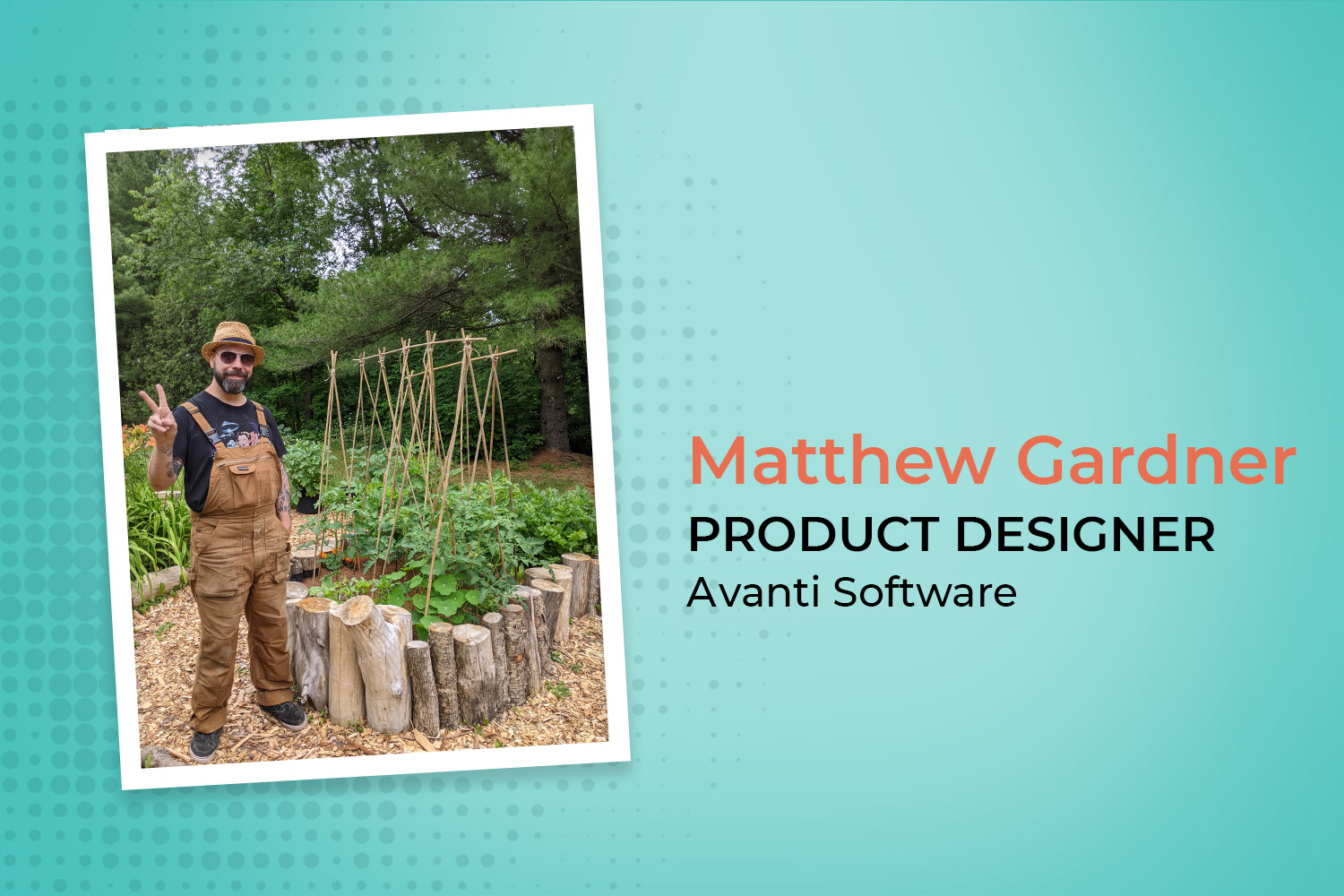 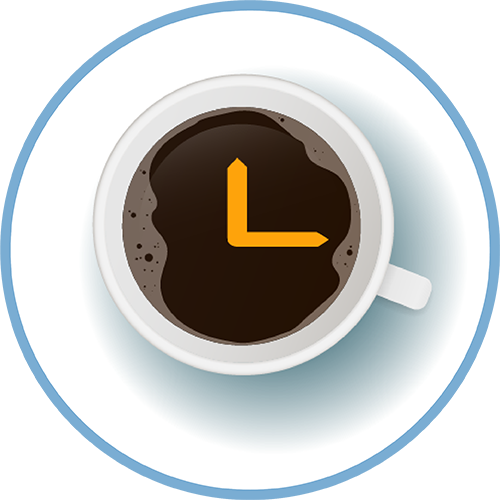 Personable, witty, and full of profound thoughts, it’s Matt’s turn to shine! Take a break and get to know Matt!

We want you! (to get to know the people who make up our talented team). Join us for a quick glimpse into the world of Avantians – what they do, what they value, and whatever sneaky thing we could get them to reveal.

After the 2008 recession, Matt pivoted from design and illustration to web technology, which eventually led him to development – from there, Matt entered the research side of UX. With experience in UX since its earliest stages, Matt is a multi-talented Avantian! Now, his title at Avanti has upgraded from UI/UX Designer to Product Designer.

Not everybody knows what a ‘Product Designer' does – how would you describe your role in 1-2 sentences?

Okay, so it ranges. When you break it down, there’s two professions that product design entails. I’m a UX researcher first and foremost, which involves looking at heuristics of user experience. You’re presented with a problem, and before you solution, it’s really about understanding the problem and the contextual relationship between the problem and the user. We try to understand the steps a user goes through to finish a certain task, because there are opportunities for innovation there.

The other role is as a UX Designer, related to information architecture. Making sure the hierarchy of information is clear, developing the layout and workflow of wireframes – it involves a lot of testing and reiterating. Some people in UX really handle the design system manager and all those intricate small interactions, whereas me, I’m stronger on the research side.

Sometimes the design process can be messy. When you’re seeking a solution in that process, how do you deal with the frustration of your work not appearing the way you want it to?

There’s a saying that goes something along the lines of: perfection’s always left to God. In Middle Eastern philosophy, there’s the idea that even a Persian rug needs to have a flaw, a knot, because only God is responsible for perfection. I think that’s exactly it – if we concentrate too much on perfection, we’ll never get anything done. Those little flaws are what makes it human and beautiful. As a Product Designer, it’s not about getting rid of the flaws entirely, but addressing them with transparency to be fair to yourself and to the user. The thing about SaaS is that we can make changes quickly, if there’s a misstep we can correct that misstep.

There’s times when you’re processing work where you know your canvas is just an utter mess. You go take a shower to blow off some steam, and then all of a sudden boom, an idea comes to you and it’s all sorted out. But it’s frustrating when someone looks at your canvas, when they see it when it’s like a mess – because it’s like they’re seeing your dirty laundry. So it’s really about learning to move on, that’s honestly the hardest part, and not being afraid to be vulnerable. Failing is needed. Not being a perfectionist is essential.

Which Avanti value do you naturally align with the most?

All of them resonate, but Think Big. Start Small. is the one. It’s interesting because when I first read that, I’ll be honest, I just thought they were words. For a lot of companies it is just words, because a lot of company values tend to be similar. But I realized with Avanti there’s a lot of thought they put into these values. The more I meditated on what they meant, the more this one stuck out to me. Recently I’ve been working on my patience. Coming to the realization that when we move with a certain deliberation for things, they might take longer, but it moves things in the right direction more effectively than rushing in. When I first started at Avanti I wanted to hit the ground running, I wanted to see changes immediately. What’s helped me recognize that it’s a marathon and not a race is the knowledge that I can try, fail, and try again. It’s sort of changed my whole paradox. That quote has helped change my frame of mind, for the better.

What makes you proud to work at Avanti?

Definitely the people. The teams that I’m on, the things the leadership team has made possible. I’m proud of the work we’re trying to accomplish – we’re taking a 40-year-old product and trying to modernize it, it’s a massive task. I’m proud of the fact that a lot of Avanti’s initiatives in terms of diversity don’t feel like rainbow-washing, or trying to hop on the LinkedIn bandwagon. It feels very genuine, like they come from a place where the leadership care about diversity for real. That’s really important to me.

What’s one area of leadership in Avanti that you really admire?

Their ability to manage expectations pragmatically while striving for innovation. Because that is such a hard thing to do. And yet they’ve found this balance, which is not easy to find, and it shows to me their tenacity, their patience and loyalty to customers. You know, it would have been really simple to say, okay, we’re going to restart everything Avanti right from scratch, without a thought to our old clients. They didn’t do that, of course. It says something about their loyalty to previous clients, trying to bring them along to their vision and goals for the future. It’s an incredible balancing act and shows amazing leadership to be able to harness those two things at once.

If you had to talk about one topic without stopping for a minute straight, which topic would you choose?

Easily the human condition. I’m fascinated by our collective experience as humans – what makes us tick, who we are, how we can better work together, the things we could do. I’m always amazed at the creative abilities of humanity, and even our abilities to preserve and maintain. We moved out to the country recently, I’ve always lived in cities previously, and I’d never gardened before. Turns out, there’s an instinct there, and the more I do it, the more I’m connected to nature. Because when we disconnect from nature we become unbalanced. I truly believe that when we put our bare feet on the grass, we actually connect very similarly to how plants do to other things. Things like that, I could talk about forever.

Oh wow, that feels like such a loaded question. If I don't answer it right I feel like I’ll have the scorn of the nation on me. Yeah, that’s tough. I would like to layer them, actually, you know, kind of swim through the hard Nutella layer down to like the maple syrup level, have a bit of a gobble, and then come up. But I tend to also sink very easily so I don't know about swimming, period. It might be the last thing I ever do, but that's okay. That actually sounds like a fantastic way to say farewell to this mortal coil.

Thanks for getting to know Matthew! Interested in working on his team?