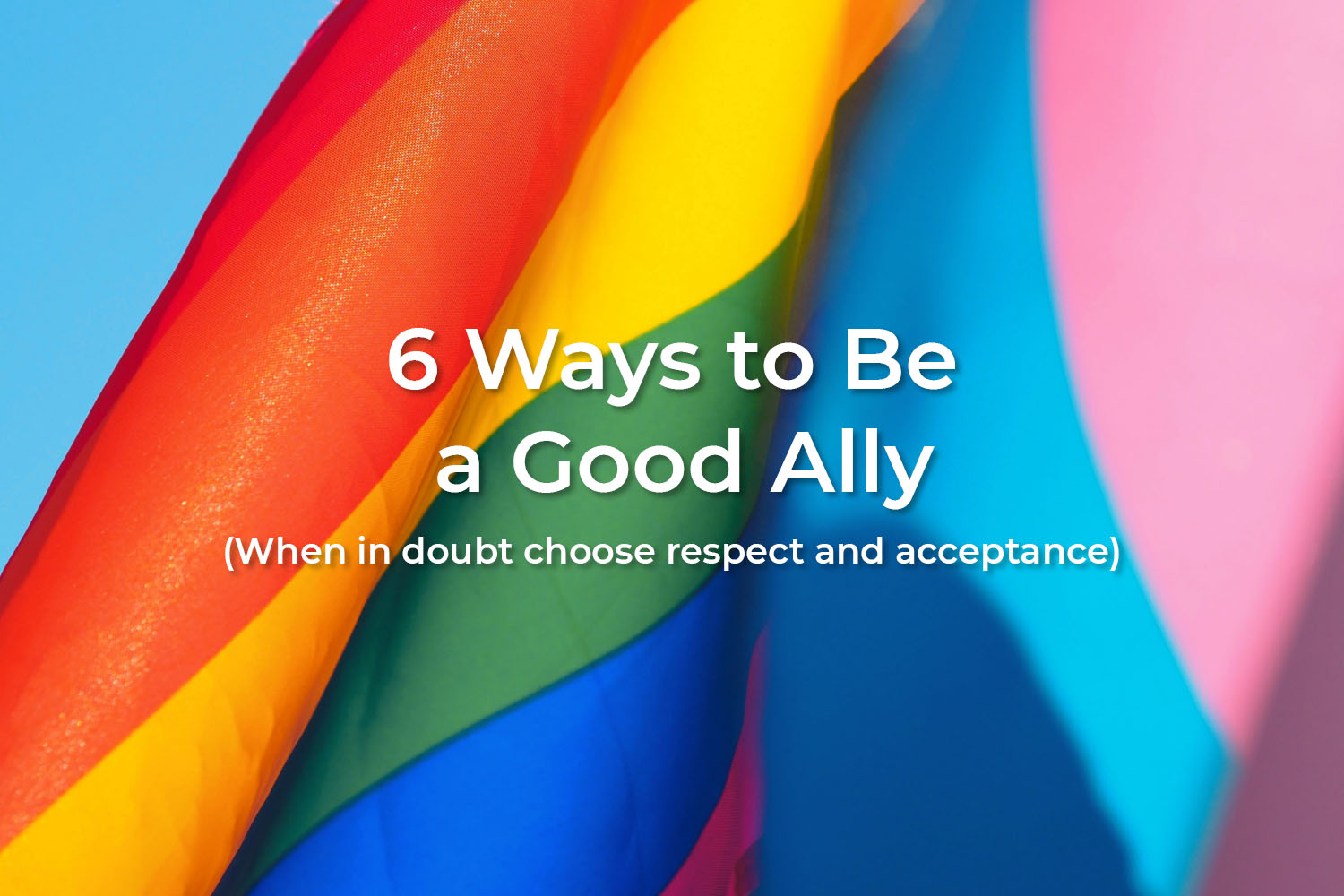 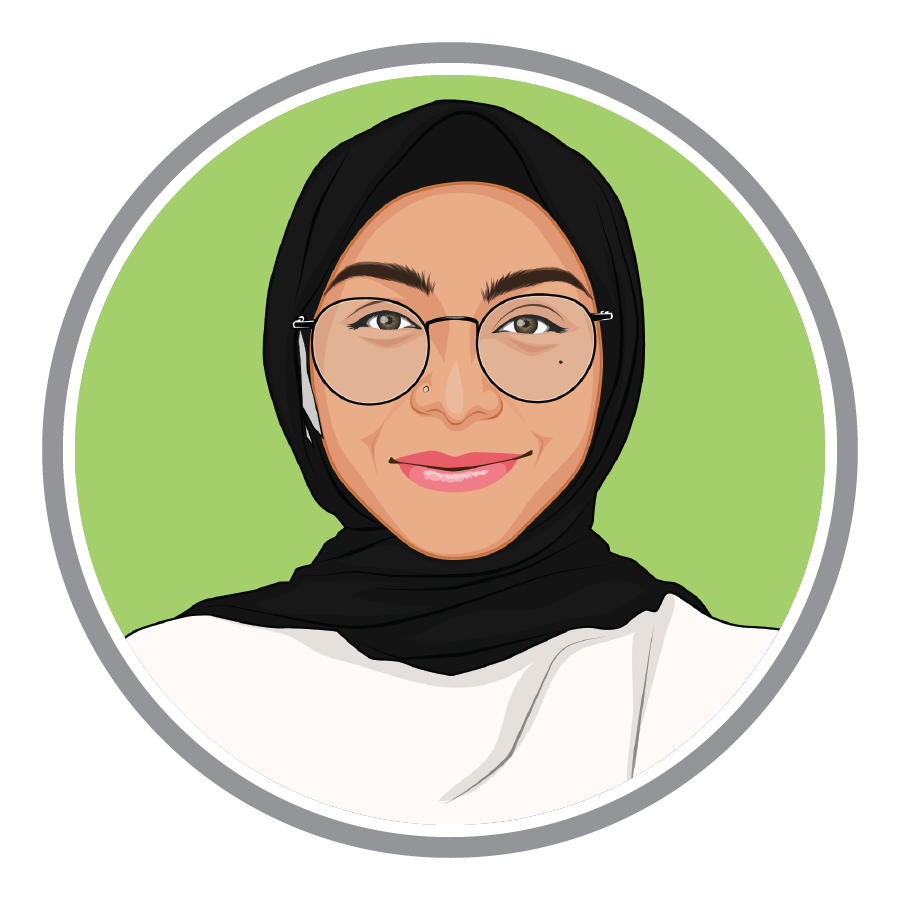 6 Ways to Be a Good Ally

Learn more about being a good ally for Pride Month and beyond.

Pride Month has evolved dramatically over the past 50 years as a time for learning, change, acceptance and belonging. But do you know how it all began? In order to be a good ally to the LBGTQ+ community, it’s essential to learn the history and continue the education. To help guide the way, we’ve compiled a brief history of Pride and some easy-to-follow tips on how to be a good ally.

Understanding the History of Pride

In June of 1969, members of the LGBTQ+ community fought back against police harassment and social discrimination during the Stonewall Riots, named for the establishment where the riots took place. The following year, on the anniversary of the history-making Stonewall Riots, the first Pride parade took place and since then Pride celebrations have evolved globally and include colourful parades, Pride parties, concerts, protests, drag performances, and memorials to pay tribute to the lives lost for the cause.

Pride Month isn’t just a celebration of LGBTQ+ culture, but also an acknowledgement of struggles overcome and the progress made in the fight for equal rights. But there’s still so much work to be done. As allies, it’s our job to uplift and amplify LGBTQ+ voices to help make strides towards building inclusive, supportive communities.

It’s easy to say you’re an ally. But words that aren't backed up by action are empty and meaningless. If you want to be involved in making real change, you have to step up, do the work, and educate yourself and those around you.

How can you contribute towards an ever-expanding movement for change, equality and diversity? How can you truly support the LGBTQ+ individuals in your life, and in everyday encounters with the community? These are good questions to ask, and don’t feel embarrassed if you’re only at the starting point – being at this stage is a good sign that you’re willing to learn and apply.

How can you be a good ally?

LGBTQ+ individuals deserve to feel respected, valued, and welcomed – not just during Pride Month, but every single day. It’s up to us as allies to help create the kind of environment where members of the community are comfortable being themselves.

Here are six ways to take initiative to be the best ally that you can be:

Start with recognizing and embracing diversity. It’s present in every facet of society, and within the LGBTQ+ community is no exception. The all-inclusive abbreviation itself implies that separate spectrums of gender and sexuality exist, and people may identify anywhere on either spectrum.

What does that mean for you as an ally? It’s oft-repeated, but never tiring – treat everyone, regardless of their identity, the way you want to be treated – with respect, dignity, and acceptance.

“I have close friends who struggle from being banished from their own family due to cultural beliefs,” Darren Halliday, Avanti’s Graphic Designer, shared. “Going through the different stages of acceptance within yourself, from family, friends, co-workers and extended circles can be a long journey. Every lesson you learn becomes a key to unlock another door for yourself, or to welcome someone else to pass through in their own journey.”

On such a difficult journey, lending an ear or a shoulder when they need it most can make a world of difference. Whether it’s your friends, family, or coworkers – let them know that their struggle to accept their identity doesn’t have to be faced alone.

‍“Being a link in that chain of safety, acknowledgement, love and acceptance is part of the pride of being an ally in the LGBTQ+ community.” – Darren Halliday, Graphic Designer, Avanti

Here’s the thing, it’s okay to be curious and to ask respectful questions, but there are boundaries. For the most part, it’s always better to ask than assume. If you’re unsure how someone identifies, listen for the pronouns they use, if you still aren’t sure, ask how they’re comfortable being referred to.

Attentively listening is step one. Amplifying diverse voices is progression. That can mean giving them room to talk about their issues and concerns, defending them or disrupting the conversation in inappropriate situations, or celebrating their accomplishments with them.

Avanti’s Enablement Manager, Lindsay Ross, spoke about the importance of creating an open and safe environment. “To me, being an ally to the LGBTQ+ community means helping to create a safe space for everyone to be themselves and express themselves without fear of judgement or harm from others.” Empathy and understanding are key for everyone to be comfortable and unabashedly themselves.

Some topics are sensitive, and it’s important to recognize and respect that when discussing them.

When in the midst of a conversation regarding an LGBTQ+ topic, assume there are LGBTQ people present, and further consider how the tone, spirit, and direction of the conversation might impact them. If it’s in any way negative, you might want to reconsider what’s being said and why it’s being said. Your actions are noticed and reflected by those around you, and you may just be the reason someone else does the same.

Crude comments, offensive jokes and blatantly disrespectful statements should never go unchecked. If you hear someone make any, let them know their behaviour is unacceptable.

No matter who’s around, no matter the environment you’re in, from locker room talk to a diverse workplace – speak up. If you’ve come to this point, solidify your commitment to being an ally by defending the LGBTQ+ community against discrimination and prejudice.

“When you speak up, you show up for a whole community. Someone may realize what they were saying was offensive and think twice next time, or you may inspire someone else to speak up in the future.” ― Lindsay Ross, Enablement Manager, Avanti

That’s why visible allyship is so vital. Being visible in your support by “challenging homophobia, biphobia, and transphobia, but most importantly showing up by constantly listening and learning”, as Sales Development Representative Siobhan Langille aptly put it, is integral to building an “inclusive environment where the LGBTQ+ community can be authentic with zero judgement.” Whether you do that through joining Pride rallies, donating to LGBTQ+ organizations, or raising awareness in other ways, your support and advocacy matters.

5. Be the change – and use your privilege

Everyone has biases, a lot of the times unconscious, and that creates a culture of stereotypes and sometimes hostility towards people with a non-heterosexual orientation. Take the opportunity to educate yourself and those around you.

Avanti Co-CEO, David Owen Cord, shared his thoughts on using his privilege as a white male for the good of the community. “As a white male born into a nuclear family, I grew up with a lot of privilege. The combination of privilege and power, via career leadership roles, means I have a meaningful opportunity to act as an ally to the LGBTQ community. One of the ways I’ve been able to act as an ally is by being a sponsor of LGBTQ individuals. Being a sponsor means going a step beyond mentorship and actively advocating, and being a career-champion. I’ve also been able to regularly act as an ally by calling friends, family, and acquaintances in when they use harmful, hurtful, or ignorant language.”

6. Be kind to yourself

In an ally role, it’s inevitable that you’ll make some mistakes. Everyone does, and that’s okay. What matters is responding honestly, apologising sincerely, and admitting when you don’t know the right answer. It’s your responsibility and no one else’s to make sure you learn from your mistakes and keep growing and moving forward.

Lastly, don’t forget to celebrate the courage, strength and beauty of the LGBTQ community! 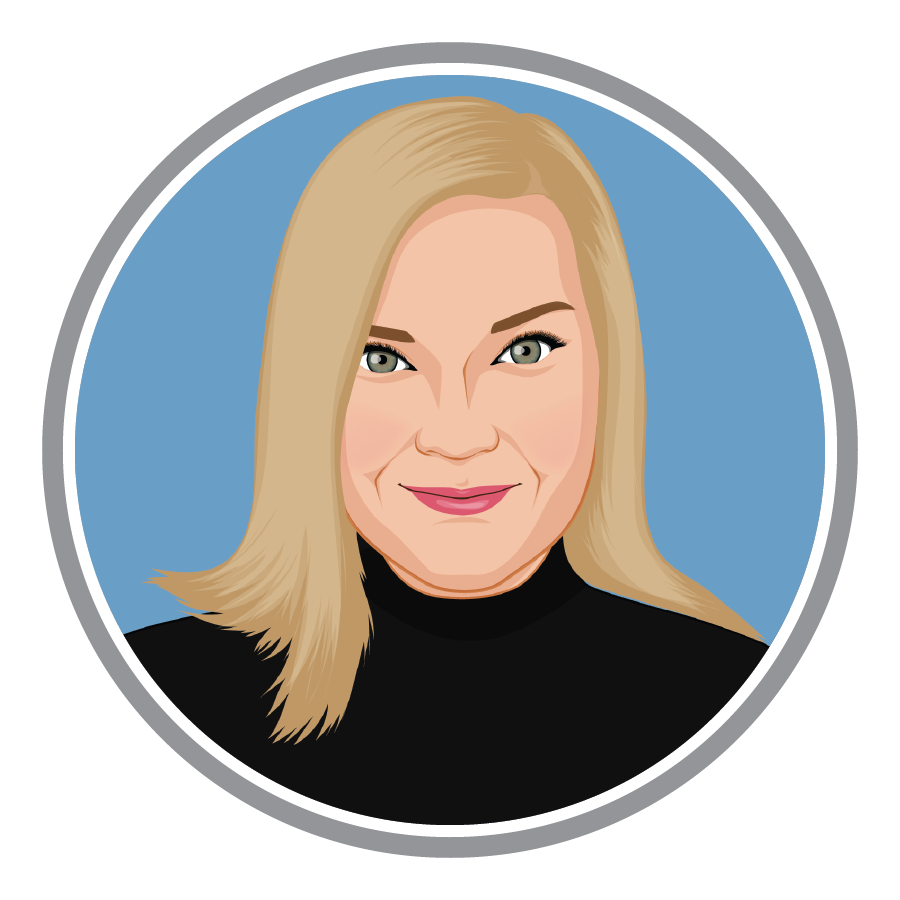 Talking to your boss about your mental illness

What it Means to Work at a Best Workplace for Women